There is a library of literature on Tokaj’s past, most of which provide well-founded information about the last 400 years of the wine district. Just from the perspective of wine, it has to be pointed out that Tokaj was all about sweet wines until the 2000s. The acceptance, awareness and high market value of Tokaj wines is unquestionable.

The first mention of the vineyards of Hegyalja can be found in one of the donation deeds of King Béla IV, in the vicinity of Olaszliszka. This also suggests that the countryside, depopulated after the Tartar invasion, was populated with Latin-language-speaking wine growers, as the names of Olaszliszka and Bodrogolaszi also indicate. Hétszőlő, the oldest known vineyard in Tokaj, was first mentioned in 1502. The beginning of the 16th century marked a turning point in the life of the wine region. Recent research seems to prove that Aszú wines were already being produced at that time. Moreover, Szerémség (Syrmia), the most important wine region in Hungary at that time, was increasingly endangered by the Turks, so large landowners who were able to acquire property in Tokaj and plant it with vines, systematically began to relocate skilled people and equipment to Tokaj. Tokaj-Hegyalja gained real significance from the second half of the 16th century as a model estate of the Ráckóczi family.

The first written mention of Tokaj Aszú dates from 1571. Increasing numbers of legal regulations concerning Aszú came into force in the 1600s, and in 1655, parliament even concerned itself with Aszú wine.

The most important buyers of Tokaj wine in the 18th century were Poles and Russians. Tsar Peter and Empress Catherine found it so important to ensure their supplies of Aszú that they stationed a detachment of soldiers in Tokaj to oversee purchase and shipment security.

One hundred years later, like other wine regions, phylloxera destroyed most of Tokaj’s vineyards, and 150 years later, the Trianon peace treaty wreaked havoc. Replanting saw a significant reduction in the number of varieties.

Socialist large-scale farming was a similar “blow” to quality winemaking in the region. The deterioration in quality was due to the dominance of the unlimited and undemanding Soviet market.

In the thirty years since the regime change, a lot of capital has flowed into winemaking in Tokaj, and the thirst for investment has not yet waned. Tokaj is a demarcated wine region which comprises the vineyards of 27 towns and villages. The town of Tokaj lends the region its name. 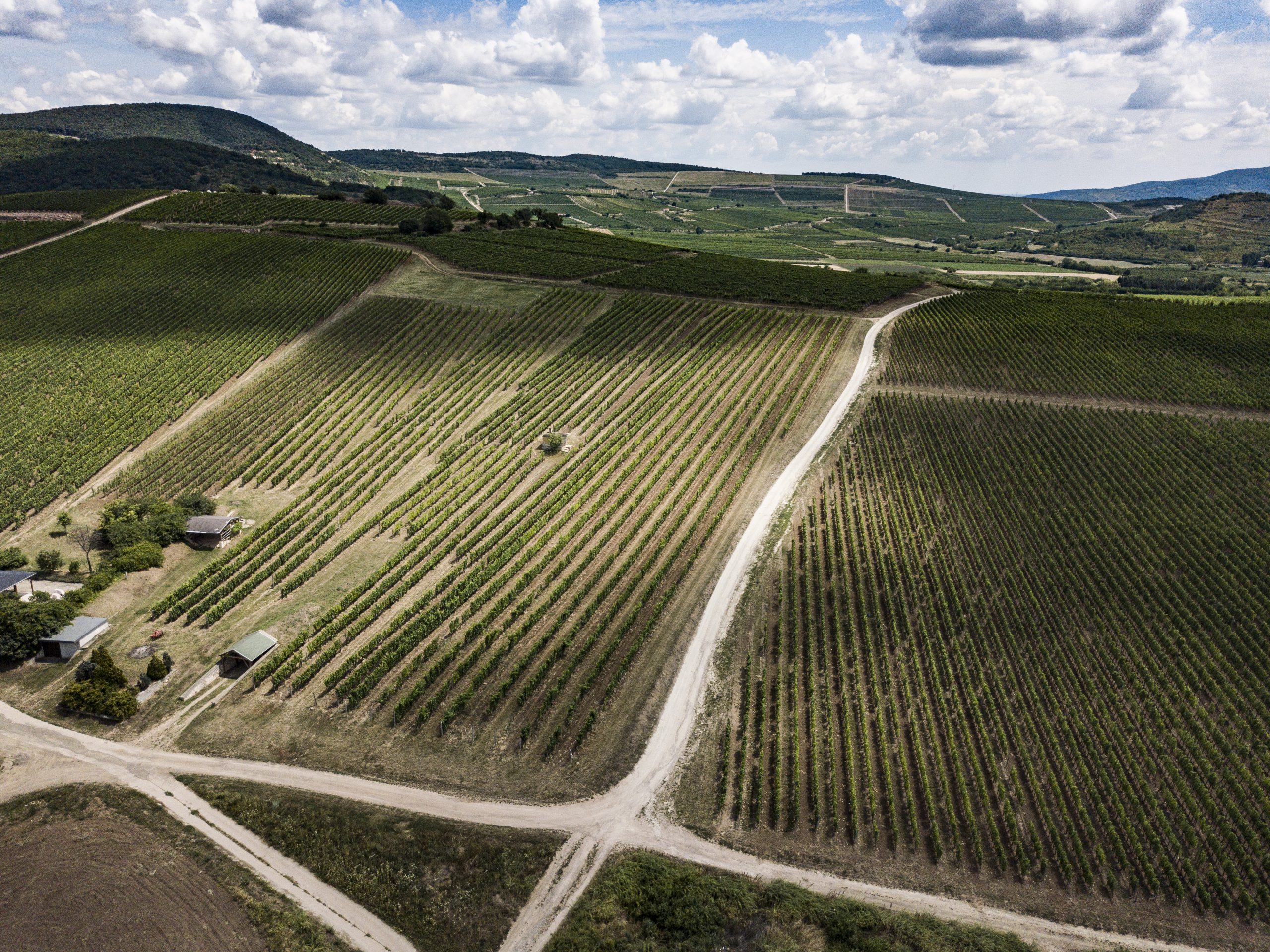 Thanks to its continental climate, the fragmentation of its growing areas and the presence of the water surfaces of the Tisza and Bodrog rivers, the region boasts areas with well-separated microclimates. The wine region is located at the foot of the Carpathians and has a basically cool climate. The average annual temperature is 9-10°C at the foot of the mountains, average temperature in July is 21°C, while in January, it’s -3°C. Within this climatic zone, the favourable south-south-eastern geographical location of the vineyards and the mountain range rising above the region to the north-northwest (Tokaj-Prešov Mountains) affords Tokaj special protection and also contributes to the very favourable microclimate in the vineyard areas.

The average annual temperature fluctuation is 13°C. This is usually coupled with long, sunny summers and dry, sunny autumns. The average annual rainfall in Hegyalja is 500-700 mm, with a significant early-summer maximum. The humid autumn weather is favourable for noble rot and botrytisation of the berries. This humidity is facilitated by the microclimate created by the Bodrog and the Tisza and the fact that Hegyalja is a region that is relatively protected from the wind. These two factors are also likely to play a significant role in the development and spread of the specific local fungal flora (botrytis). 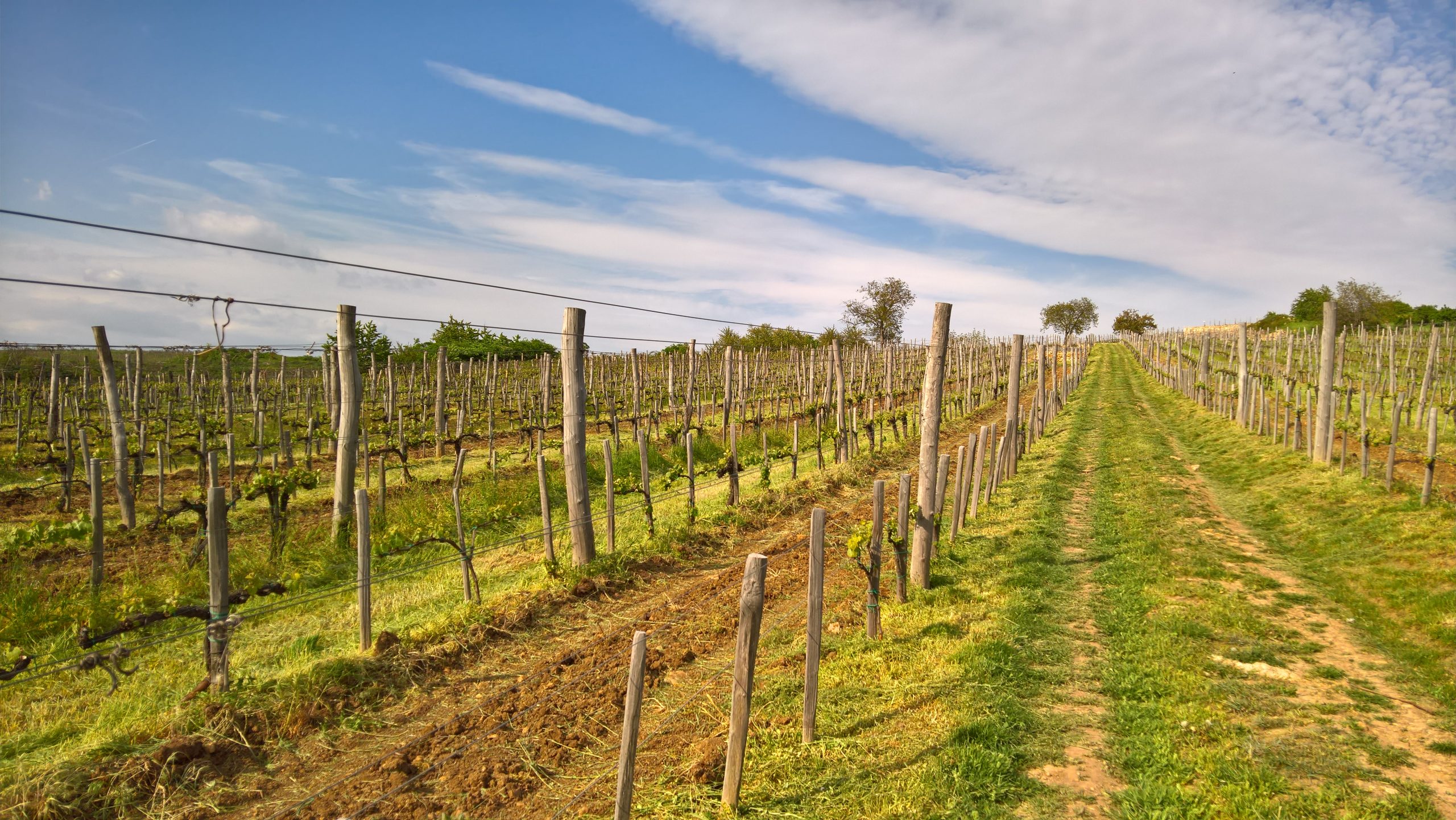 The diverse volcanic activity that began 15 million years and ended 9 million years ago in the volcanic ring of the Tokaj-Prešov Mountains has created many different types of rocks and formats. There is an almost complete transition of volcanic rocks here, which differ mainly in their SiO2 (silica) content. These include rhyolite, rhyodacite, zeolite, andesite and even basalt. In some areas, quartz crystals of various grain sizes also form the uppermost layers, which thus occur in the wine region as lymph, loess or even sandy soils. In the most highly esteemed vineyards in the region, one small plot may demonstrate even as many as 35 different individual soil layers. When these layers provide water-soluble minerals to the vines, the complexity and richness of the wines can be unsurpassed.

The grape varieties permitted in the demarcated wine region are Furmint (3,573 hectares), Hárslevelű (1,068 hectares), Sárgamuskotály (546 hectares) and Zéta (Oremus). Small amounts of indigenous Kövérszőlő have reappeared in its vineyards, as well as some Kabar.

The wine region only produces white wines. Its dry wines boast high acidity, great complexity, excellent structure and characteristic aromatics. They may be steely yet elegant in cooler vintages. Dry wines produced from ripe, but not overripe, grapes, harvested at full maturity, without any botrytised berries, can command high prices and have decades of ageing potential. They can be made from any of the permitted Tokaj varieties, but Furmint or Hárslevelű are the most common, followed by Sárgamuskotály.

Sweet wines can deliver a wonderful sensory experience, depending on the sugar and dry extract content. Each single-vineyard wine’s characteristics depend on its specific soil composition. Vines on loess soils (around Tokaj, Tarcal and Bodrogkeresztúr) usually ripen more easily and produce more approachable wines, often with floral notes. The most mineral wines, which best express the differences resulting from the soil, usually come from the Tállya-Rátka-Mád area. These wines need more time to reveal their beauty. World-class wines can be made in some vineyards, but generally larger vineyards do not produce equally great wines across the board. This is why we are increasingly also finding so-called single-parcel dry wines. These terroirs are able to show off their unique soils in a limited batch of bottles. Real dry Tokaj wines are elegant, delicate and lively. They are often characterised by pear, quince and sweet spiciness of cinnamon, clove and anise as well as clear mineral, saline notes.

Late-harvested sweet wines can be made good quality in the right vintages, but they are usually made from grapes which are either not botrytised or just have a touch of botrytis. Botrytis also concentrates the sugar and acidity in the grapes, so Tokaj sweet wines are well-balanced and lively and retain their fruitiness for a long time. The best-known sweet wines in the world are made in the same way as Tokaj Szamorodni. Bunches of berries, some of which are botrytised, are picked and cold-soaked for a short time, just like for dry wine, before being fermented, aged and bottled. Szamorodni must spend at least six months ageing in oak. It is sometimes made into a dry version with low residual sugar, using an oxidative method. If the producer does not wish to age this type of wine in oak, or only for a short period of time, they can market this sweet wine as a cuvée.

Making Aszú, however, differs from this. In this case, in order to achieve greater concentration and complexity, a base wine is made that reflects the particular intentions of the individual winemaker. The base wine for the best Aszú often has the same analytical values as a sweet Szamorodni. Individually handpicked aszú berries are added to this, which restarts the fermentation. Thus, these selected berries and the double fermentation give the wine a completely different character compared to Szamorodni and other sweet Tokaj wines.

This micro-oxidation gives mature Aszú wines a real depth of flavour and sensation. Tokaj’s sweet wines are not dessert wines but rather balanced, often terroir wines, which happen to contain residual sugar. 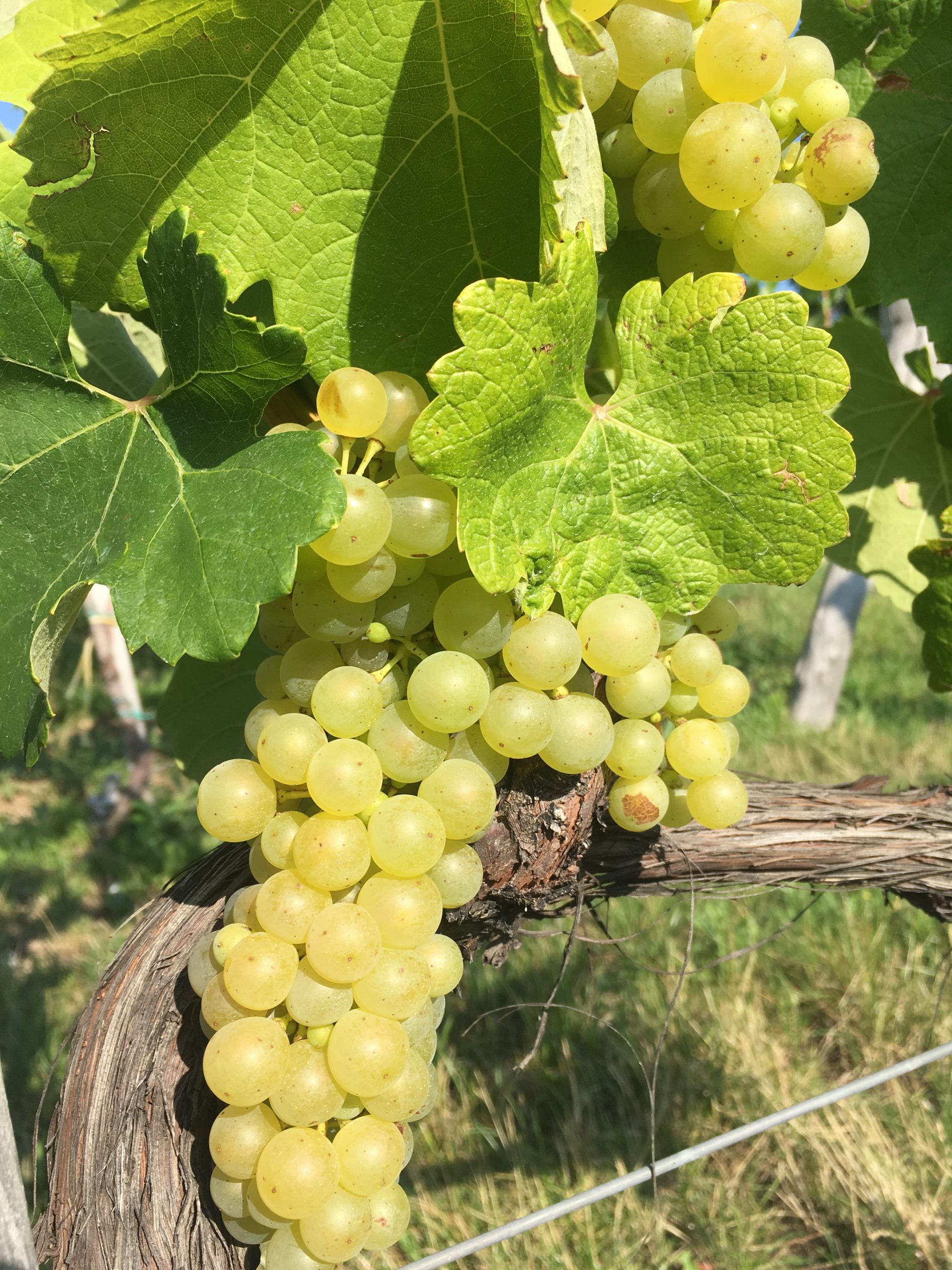 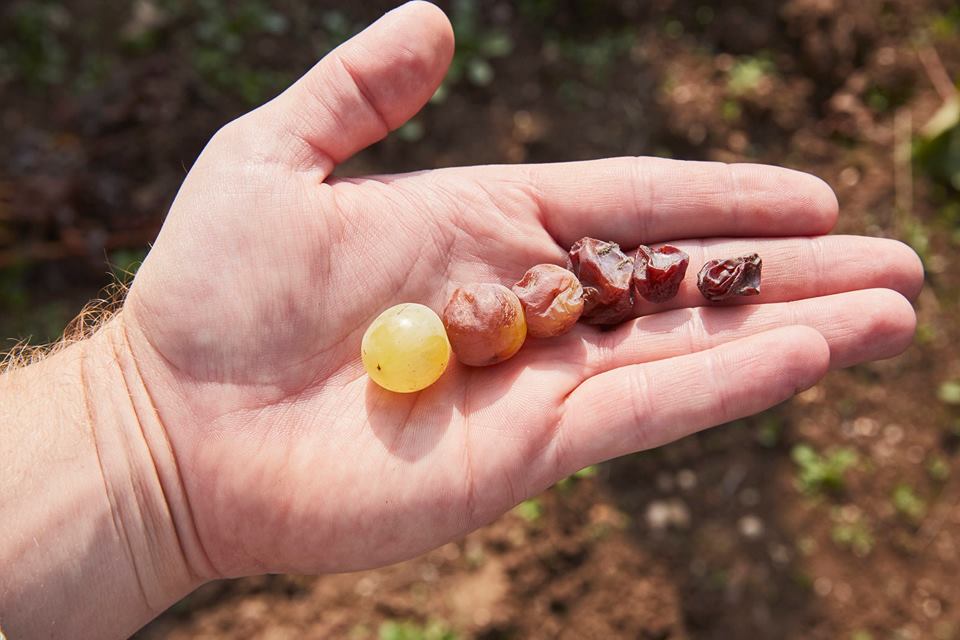 Tokaj-Hegyalja as a World Heritage

24-29 June 2002 The UNESCO World Heritage Committee held its meeting in Budapest in June, where they accepted the two Hungarian World Heritage submissions on 27 June, thus Tokaj-Hegyalja became part of the world heritage. This date is important in the history of Tokaj, as the assessment of the World Heritage Site gives significant publicity to the area and contributes to its tourism development.

UNESCO awarded Tokaj-Hegyalja a World Heritage Site based on the following characteristics:

The World Heritage Site is part of the administrative area of nine settlements (Tokaj, Mád, Tállya, Tarcal, Mezőzombor, Rátka, Szegi, Bodrogkisfalud, Bodrogkeresztúr), the Ungvári Cellar in Sátoraljaújhely, the Rákóczi Cellar in Sárospatak, the Winery and the Wine Museum of the Tokaj Trading House were presented. These areas are included as “core areas” in the wine region management plan. The UNESCO Convention on World Heritage also provides for the designation of a protection zone, which is made up of other municipalities belonging to the closed wine region.

With being a member of the European Union, Hungary also became a part of the PDO (Protected Designation of Origin) system.

Protected designation of origin (PDO) identifies the name of a region, a specific place or, in exceptional cases, a country, used to describe a product whose quality and characteristics are essentially due to a particular geographical environment and which must be produced within a determined geographical area using recognised and recorded know-how. All wine products with PDO status must be produced exclusively with grapes from the area in question.

Since 1993 there is a bilateral EU-Hungary agreement on, the mutual protection of designations of origin. The Hungarian name Tokaj enjoys a privilege over the Tocai and Tokay spelling variety names used in Alsace and the provinces of Venezia-Friuli-Gulia, with a moratorium until 2007.